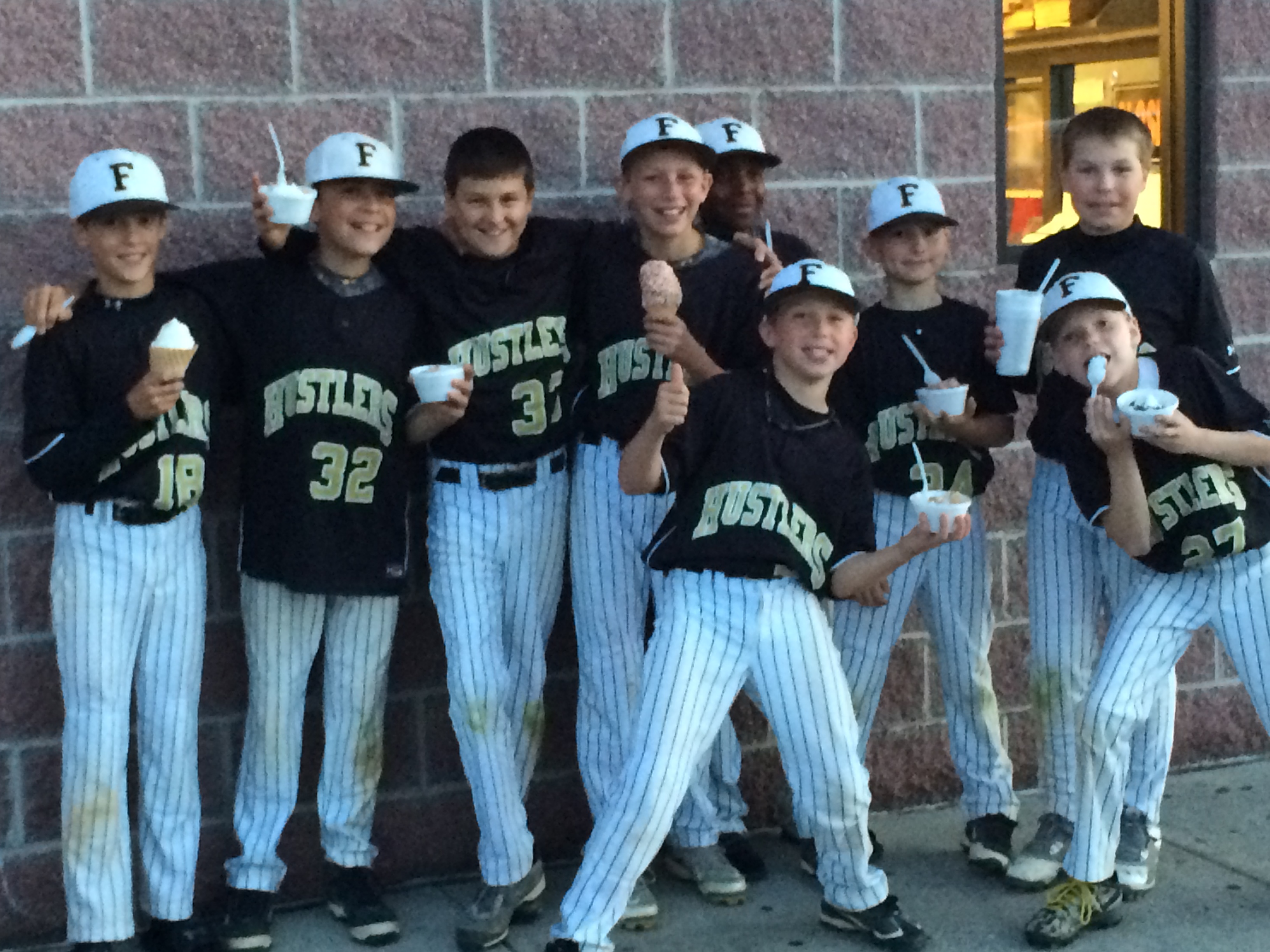 Posted by Wayne Main at May 5, 2015 5:00PM PDT ( 0 Comments )
more editing options
The 12U Hustlers put together a strong weekend in defeating the Wyckoff Raiders (NJ) 12-2, Seneca War Eagles (NJ) 12-4, Elite Baseball (PA) 11-1, Loudoun South Eagles (PA) 19-5, and the Mid-State Mavericks (PA) 9-5 before losing to the South Jersey Sand Sharks 16-1 in the Championship game at the 6th Annual CHOCOLATETOWN Classic in Hershey, PA over the weekend. 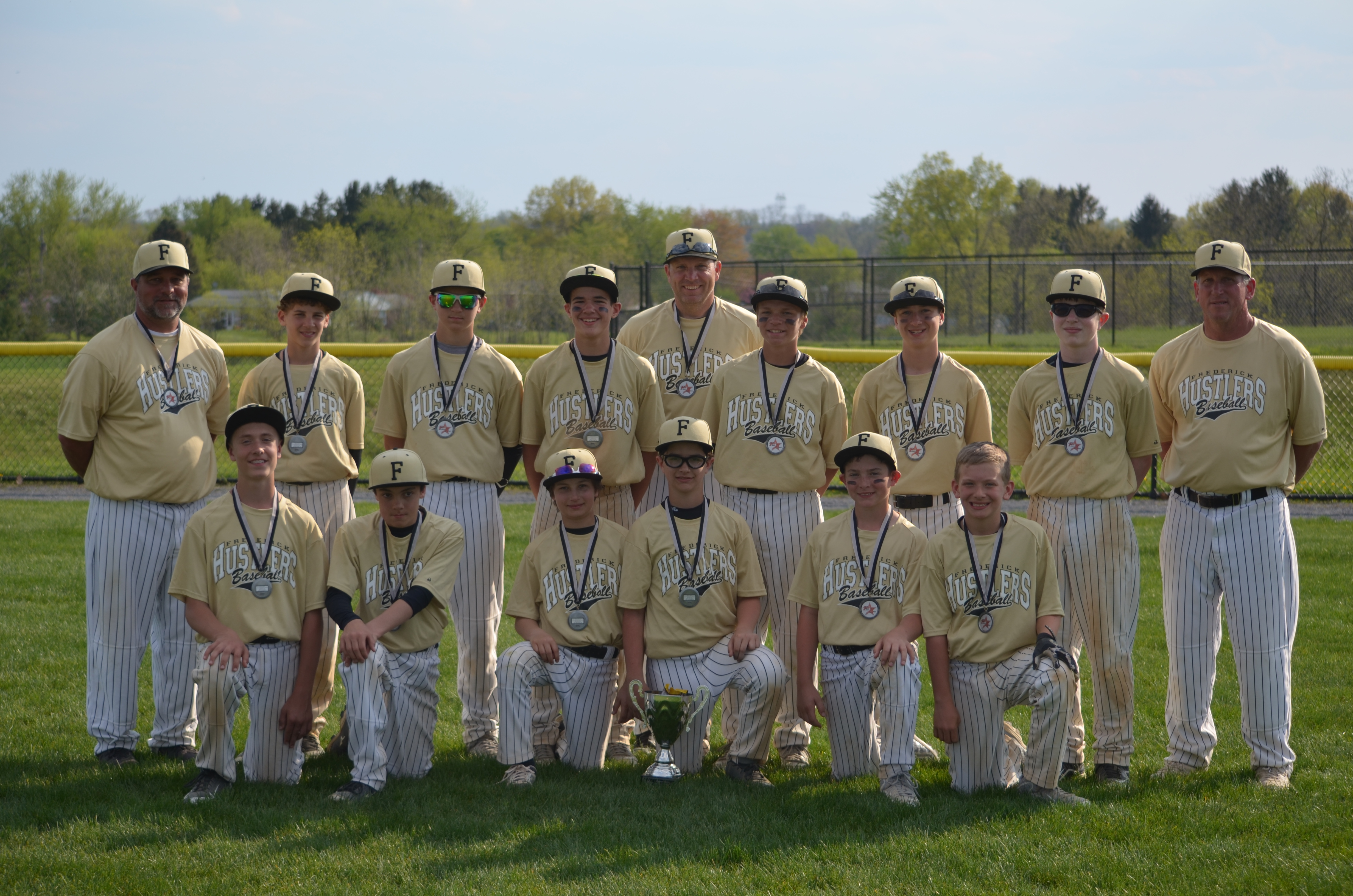 Posted by Wayne Main at May 3, 2015 5:00PM PDT ( 0 Comments )
more editing options
The Frederick Hustlers made the trek to Aberdeen, MD for the 16-team Ripken Gold Glove tournament over the weekend and came away with second place and numerous new admirers of their stellar defensive play. Playing the 8:00am game on Saturday at Cal Sr.’s Stadium Field, the Hustlers showed a lot of life in defeating the Bergen Express (NJ) 9-1. Justin Ropp was fantastic on the mound working three innings with four strikeouts and holding Bergen to one run. Matt Cunningham and Marshall Mott closed the deal with three scoreless innings. Nick DeLisi led the Hustlers with two base hits. JT Sachar doubled, Cunningham tripled and Tyler Prather added a single. The Hustlers kept the pedal to the floor in defeating the Washington Township Minutemen 10-0 in the 2:45pm game. Marshall Mott and Joe Pippin combined on an abbreviated no-hitter with four strikeouts and the Hustler defense made several nice plays in the field. DeLisi and Cunningham each had two hits; one of Cunningham’s was a double. JT Sachar, Ropp, Ryan Talbert and Andrew McElwain each singled while Pippin had a double.

Saturday’s effort earned the black and gold the #1 seed for Sunday’s championship round and another game on Cal Sr’s Stadium Field at 10:15am. This time the opponent was the South River Seahawks (Annapolis, MD) and the Hustlers won 9-0. Ropp and Pippin again combined on the shutout and the defense was again very sharp and fun to watch. Prather and McElwain each had two hits. One of Prather’s was a triple. Sachar also tripled, Pippin and Cunningham doubled, and Talbert singled in the win. The Hustlers moved on to the semi-final game against the Mid-Atlantic Shockers (Salisbury, MD) at 12:30pm. The Shockers scored one in the first but were then shut down by Mott and Cunningham who combined for five strikeouts. The Hustlers swung tired bats and only accounted for two hits (Sachar and Ropp) but managed to take advantage of four Shocker miscues in the field to take a 4-1 win and advance to the Championship game.

The Hustlers lost the Championship game 10-0 to the South Jersey Titans and most surprisingly, played uninspired baseball with the title on the line. The Titans struck early in the first when tournament MVP Adams Williams hit a deep home run to left to give the visitors a 2-0 lead. It looked like the Hustlers would bounce right back as Sachar and DeLisi scorched base hits to lead off the bottom half of the first. The Hustlers had runners on 2nd and 3rd with no outs but went quietly when the 3, 4 and 5 hitters popped up consecutively to end the threat. The Hustlers had runners on 2nd and 3rd in the second inning as well with one out but got a weak ground ball to third and a sharp line out to first to end the inning. Sachar and Pippin led the way with two hits while DeLisi, Ropp, Cunningham, and Talbert each had singles. 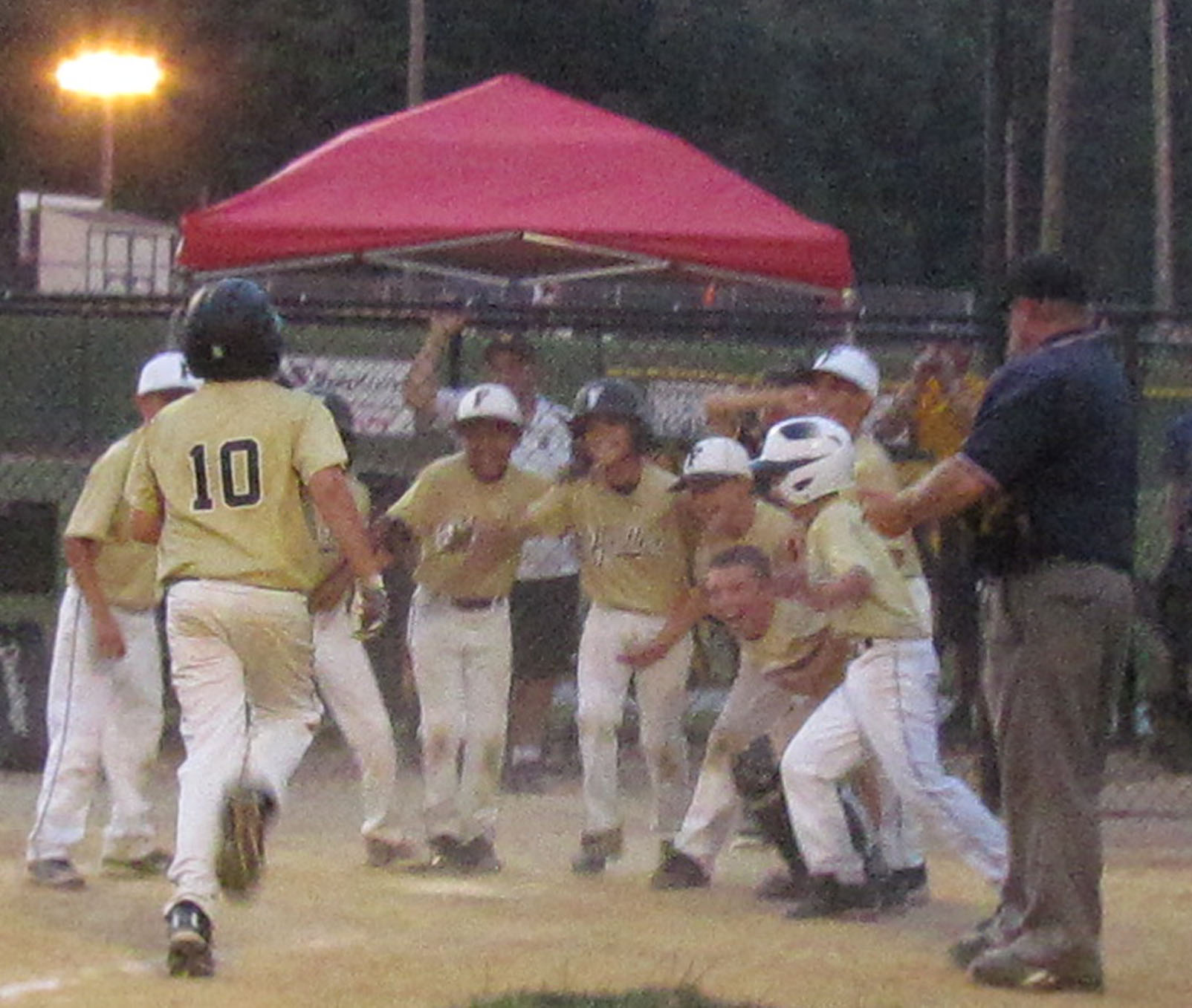 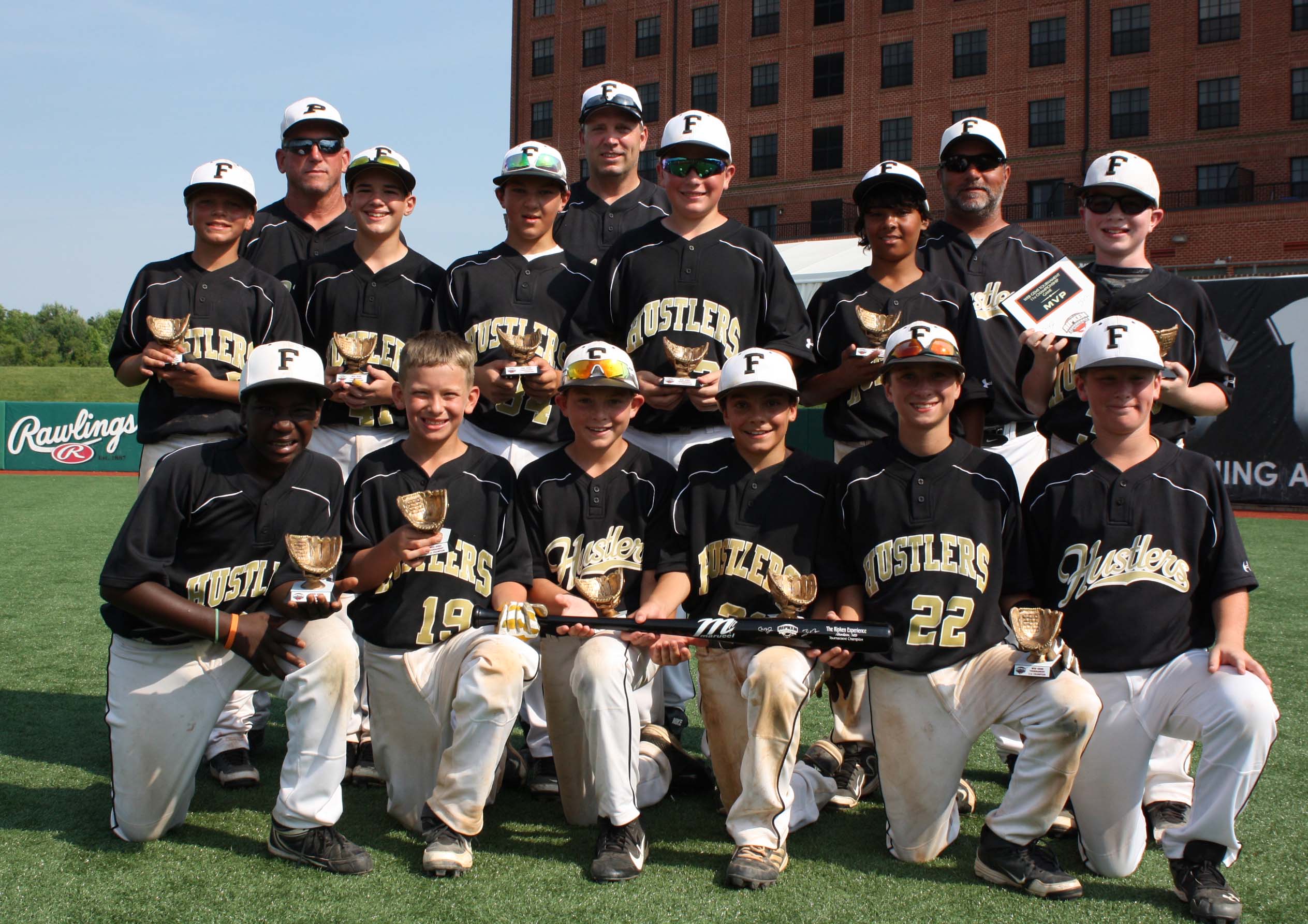