Posted by Wayne Main at May 8, 2014 5:00PM PDT ( 0 Comments )
more editing options
The Frederick Hustlers found themselves in a good ballgame trailing 5-3 going into the bottom of the 5th inning last evening at Olney Park. Unfortunately for the Hustlers, the Pirates found another gear and scored six runs on three uncharacteristic walks and five hits and sent the Hustlers up Interstate 70 with an 11-3 loss. The Hustlers got a gutsy three innings of pitching from Justin Ropp (Yellow Springs) who limited the Pirates to just three runs (only one earned). Ropp picked off two base runners but the Hustlers failed to complete the run downs. Dustin Isanogle (Lewistown) had another strong game behind the plate and has proven to be one of the best catchers in the Crab League. The Hustlers struggled to get much going offensively. JT Sachar (Green Valley) led off the 4th by getting hit-by-the-pitch. He stole second and third and scored on Mikhai Evan’s (North Frederick) RBI single. Evans then stole second before scoring on a nice line drive by Matt Cunningham (Green Valley). Cunningham finished with a 2-2 day (double, single) while Evans and Andrew McElwain (St. Johns) recorded the only other Hustler hits. Isanogle drove in the 3rd Hustler run with a nice SAC fly to left. 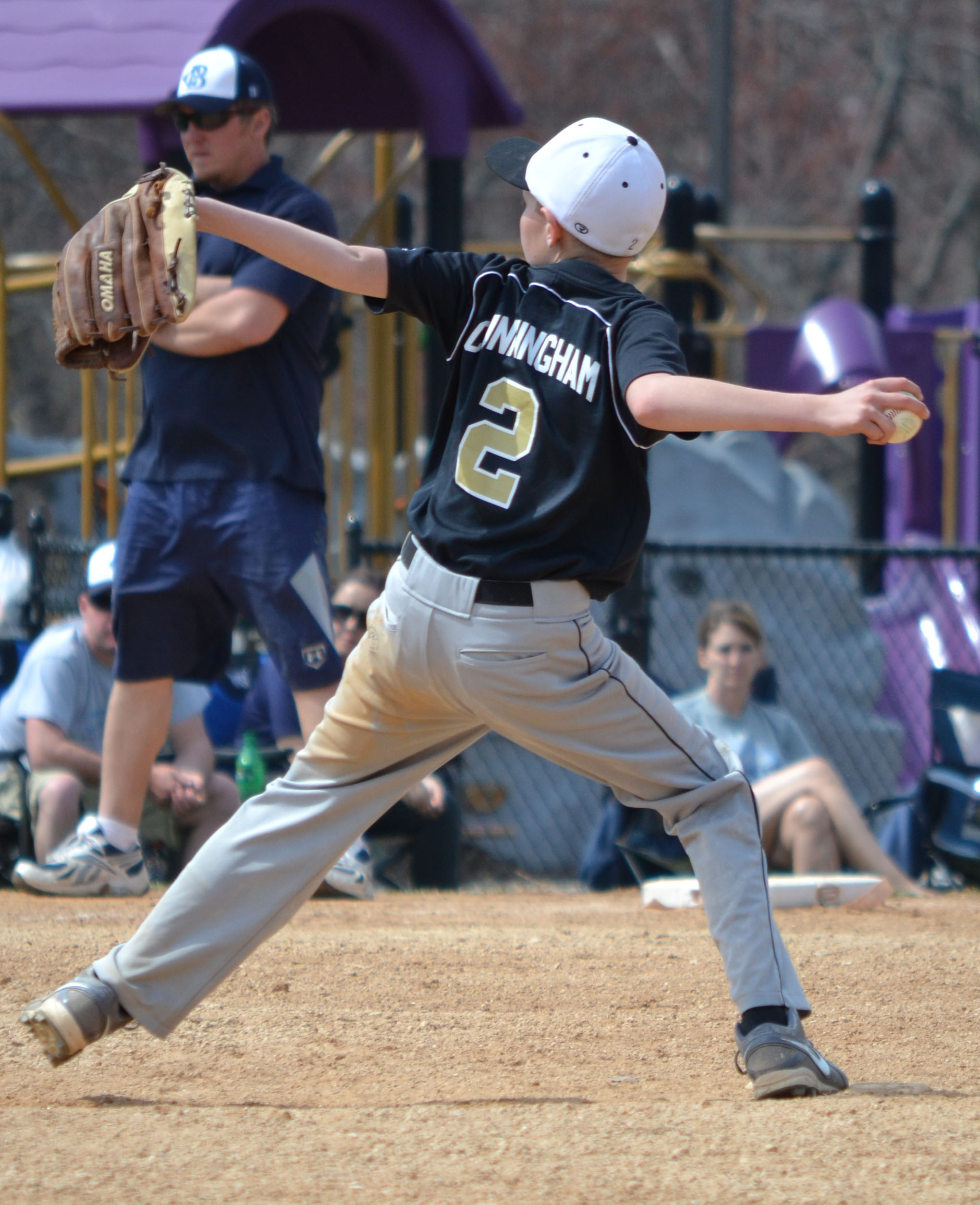 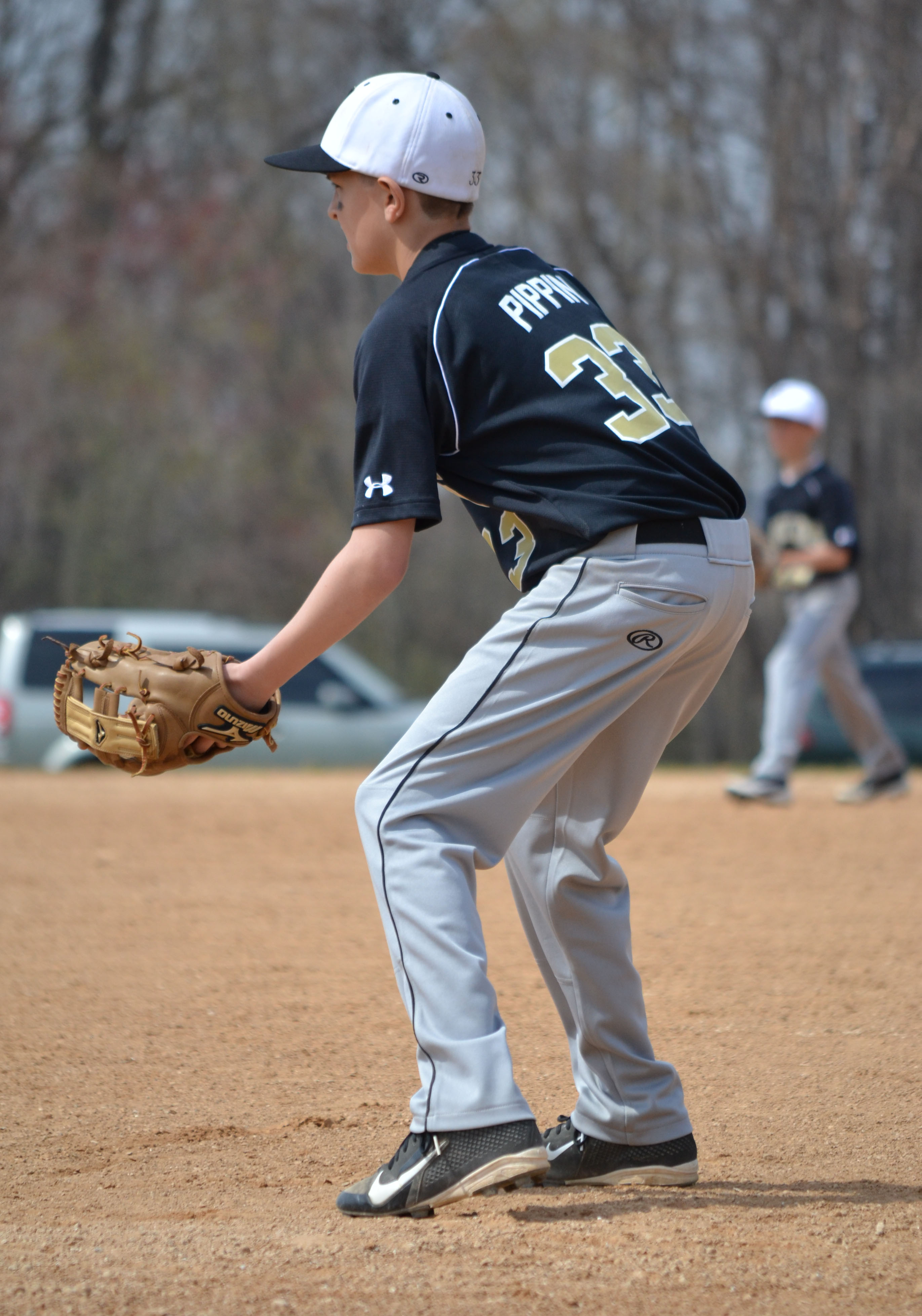 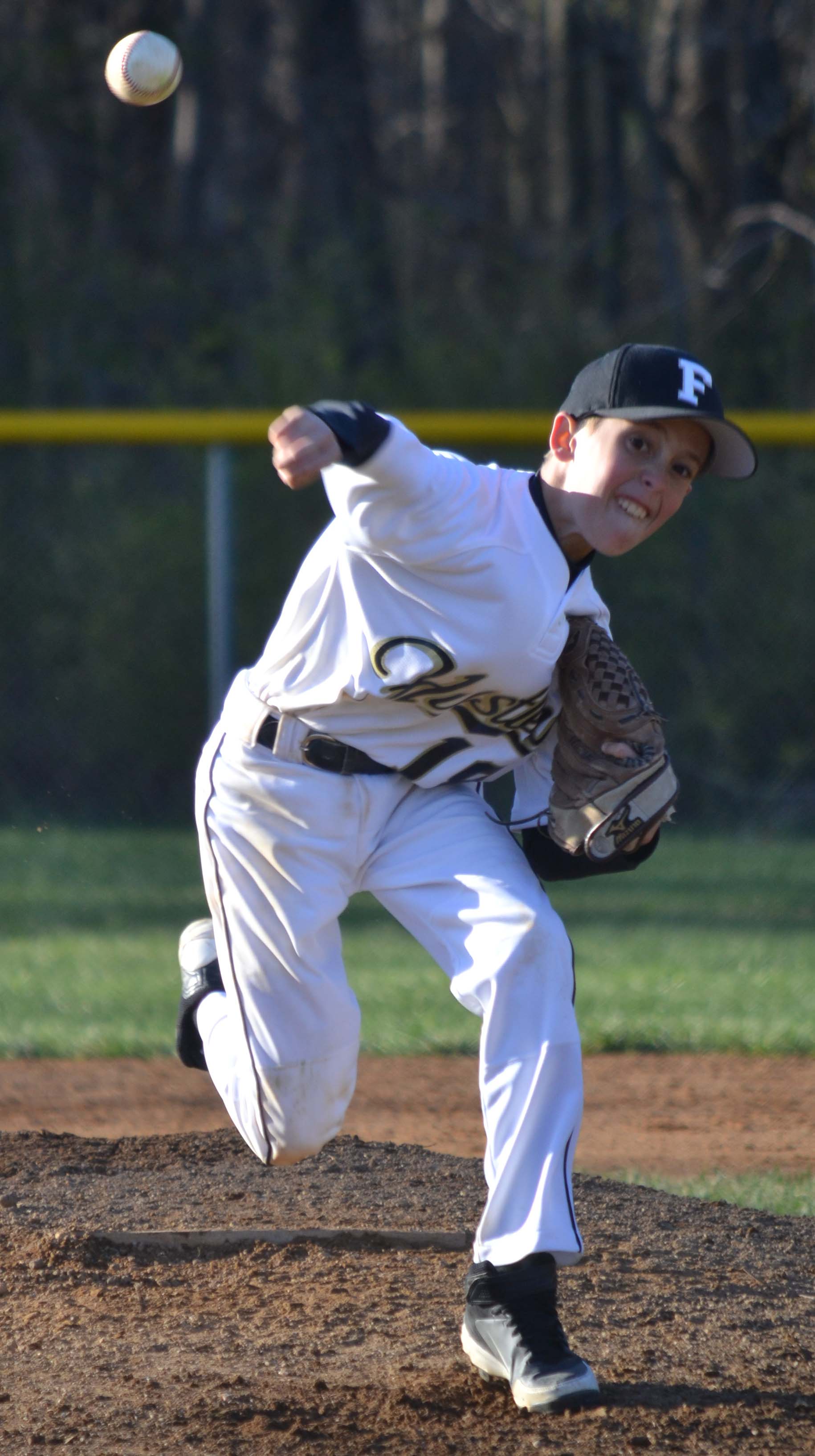 The 10U Frederick Hustlers took their “A game” for a long ride to Bel Air, MD for a Sunday twinbill against Catoctin Baseball and the Hickory Hornets. The boys from Frederick got an excellent three innings from Matt Cunningham (Green Valley) to start game one and came away with a 17-3 win. Mikhai Evans (North Frederick), Joseph Pippin (Oakdale) and Brandon Buschman (Walkersville) worked the final two frames and provided sound relief in a game shortened by the 12-run rule. JT Sachar (Green Valley) continued his hot summer going 2-2 with a double, single and a walk. The big bats came alive in the 4th with the Hustlers clinging to a 4-1 lead. Cunningham hit a triple over the centerfielder’s head and Andrew McElwain (St. Johns) followed with a deep blast to center for a 2-run home run. Pippin, Dustin Isangole (Lewistown) and Ryan Bennett (St. Johns) followed with base knocks while Buschman and Zach Rutter (Middletown) walked before Sachar singled and the Hustlers were off and running. Sachar, Cunningham, Isanogle and Hayden Bailey (Walkersville) each had two hits. Isanogle was outstanding behind the plate.

Game two could perhaps go down as a defining moment for the young Hustlers season. The Hickory Hornets decided to give their new friends from Frederick a lesson in baseball. The Hornets rapped out six hits in the first inning and coupled with two outfield miscues, took what seemed like a commanding 6-0 lead. The Hustlers would have none of that. JT Sachar led off the bottom of the inning with a sharp single to right and then stole 2nd and 3rd. Justin Ropp (Yellow Springs) followed with a single and the Hustlers were on the board with seemingly new life. Ropp went out and slammed the door on the Hornets the next two innings while the Hustlers bats came alive. Pippin, Isanogle, Buschman and Rutter all had base hits in the 2nd as the Hustlers scored three times. The big noise was made in the 4th when Sachar led off with a single, followed by a two-base missile from Evans, and sharp singles from Cunningham, McElwain, Pippin and Isanogle. When the inning was over, the Hustlers had scored five runs for a 9-6 lead. Credit goes out to Hickory because instead of rolling over, they answered with fours runs of their own in the 4th to take a 10-9 lead. The Hustlers went quietly in the fourth but came up big in the fifth as Sachar once again got things going, this time getting hit by the pitch. Evans and Ropp followed with singles and Cunningham doubled and Pippin singled. The Hustlers put four big runs up to take a 13-10 lead. McElwain then went out and slammed the door holding a great hitting team scoreless over the final two innings. Pippin led the way with three hits and two runs. Sachar was again 2-2 with an HBP and scored three runs. Evans, Ropp, and Isanogle each had two hits while McElwain, Buschman, Rutter and Riley Donvan (Tuscarora) each chipped in with one. Ryan Bennett gave the Hustlers a gritty and outstanding effort behind the plate. 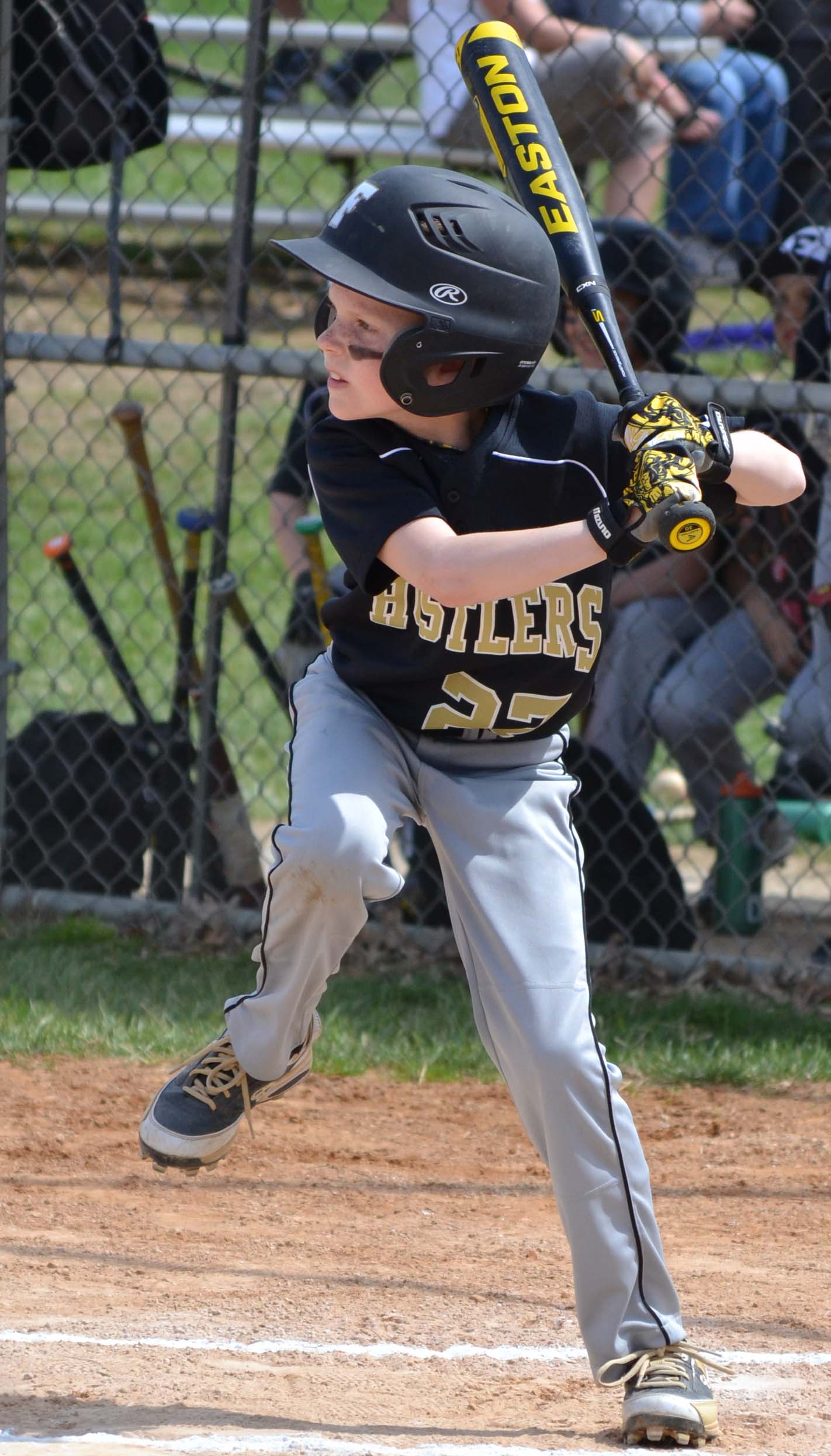 The newest addition to Frederick Hustler baseball got its first taste of victory on Saturday in a doubleheader sweep of a very good Backyard University squad from York, PA. The Hustlers answered Backyard's 2-run first with two runs of their own and then seemingly took charge of the game with a 5-run third inning. Backyard University didn't seem fazed as they continued to battle and tack on runs - two in the 3rd, 5th and 6th innings to tie the game going into the bottom of the sixth. The Hustlers answered the bell as Matt Cunningham (Green Valley) drew a one-out walk and stole second and third before being driven in by Andrew McElwain (St. Johns). Leadoff man JT Sachar (Green Valley) was on base all three ABs and scored two runs, Mikhai Evans (Eastern) singled, walked and scored two runs and Joseph Pippin (Oakdale) drove in two runs with a timely single. Cunningham, Pippin and Justin Ropp (Yellow Springs) shared the pitching duties and all three were effective; Dustin Isanogle (Lewistown) was great behind the plate.

Game two featured stellar pitching by McElwain and Ropp as they limited a good hitting Backyard ballclub to six hits. The Hustlers also got their bats going as they picked up doubles from Evans, Ropp and McElwain. Leadoff man Sachar was his feisty self as he reached base all three times again and scored two runs. Cunningham and Pippin led the way with two hits a piece. Ryan Bennett (St. Johns) was strong behind the plate. Game two ended with the Hustlers turning a spectacular 6-4-3 (Sachar-Cunningham-Rutter (Middletown)) double play.

The Hustlers are back in action on Tuesday against LOUYAA at Kemptown Elementary School. Game time is 5:30pm - come support your Hustlers!!!!