Tryouts for the 2013 Spring/Summer teams were held over the past two weekends at Governor Thomas Johnson High School baseball field and the response from players was incredible.  The organization just completed its 11th season competing in the Baltimore Metro League and the future looks as bright as ever with players coming from Frederick County, Washington County, Howard County, Carroll County, the Eastern Panhandle of WV and as far north as Chambersburg, PA.

If for some reason, you were unable to attend one of the four sessions and would like a personal tryout, please email wcmain@comcast.net or call 301-905-7205.

If you're a sports fan, you need to check out this video!

Last summer, Maciah was the top hitter at the NABF World Series in Lynchburg, VA.  Now this...................check out his video - #1 on ESPN's Top Ten Plays of the Day.  This afternoon, he makes an appearance on the Ellen DeGeneres Show.

Posted by Wayne Main at Aug 14, 2011 5:00PM PDT ( 0 Comments )
more editing options
The 2011 Frederick Hustlers ended their season by capturing the NABF Sophomore National Championship in Lynchburg, VA.  The Hustlers defeated the Long Island Storm 8-2 in the championship game to finish the season with a 51-3 record.  Along the way, the Hustlers won the 14U Division of the Baltimore Metro League going 23-1.  This successful group also won the Maryland State Championship, the Beast of the East tournament in Wheeling, WV, and the USA Baseball 14U Federation Cup in Cary, NC.
cancel

Posted by Wayne Main at Aug 14, 2006 5:00PM PDT ( 0 Comments )
more editing options
Thursday, July 27, 2006 From staff reports
Brett Harman and Ty Main Named to NABF World Series All Tournament Team <-- [clickable link]
For the second straight year it was second place for the Frederick Hustlers on a World stage.
The 17-and-under baseball team went 5-2 recently at the National Amateur Baseball Federation World Series in Greensboro, N.C., losing 15-6 to Queens, N.Y. in the championship game.
Last season, the Hustlers took second in the Dizzy Dean World Series as a 16-and-under club.
Frederick opened this year’s tournament with a 2-1 run through pool play. The Hustlers won their first game 6-1 over Cincinnati, with Brett Harman getting 11 strikeouts. Kevin Murphy added an RBI single and Ty Main drove in two runs with another single.
Against Lenoir City, Tenn., the Hustlers got a 9-3 win from Ty Main to advance to single-elimination. Main hit two home runs, and Harman also had a solo shot. Frederick lost to Ontario, Canada, 6-3 to close out pool play.
Aaron Main started pitching in the championship round, earning a 9-5 win over North Columbus, Ohio. Harman and Brad Thompson each had three hits, while Ty Main hit his third homer of the tournament.
Using a team effort of three pitchers, Frederick next beat the Indiana Bulls. But there was a bigger loss in the game: After racking up two hits, including a double, in his first two at bats, Ty Main was hit by a pitch and suffered a fractured wrist. His batting average for the tournament was .450.
Thompson got Frederick into the championship game by allowing only six hits against Seneca Valley, Penn.—a team coached by former Pittsburgh Pirate and Atlanta Brave Sid Bream.
But with the pitching worn out and Ty Main missing from the lineup, Frederick was out-matched by Queens. Thompson, Kyle Kane and Harman each chipped in two hits, and Harman was good for two RBI. Harman finished the tournament with a .500 batting average with two homers, 10 RBI and eight runs.
Even after only playing in five of seven games, Ty Main was good for 10 RBI and seven runs, while Thompson (.407), Kane (.318) and Murphy (.313) each racked up a decent amount of hits, according to Manager Wayne Main.
Frederick finished the year at 28-9 and 23-7 in the Baltimore-Metro Baseball League. The Hustlers were tied for second place in the league despite being only one of four 17-and-under teams in the 17-team league, most of which moved up to 19-and-under programs for the senior division. 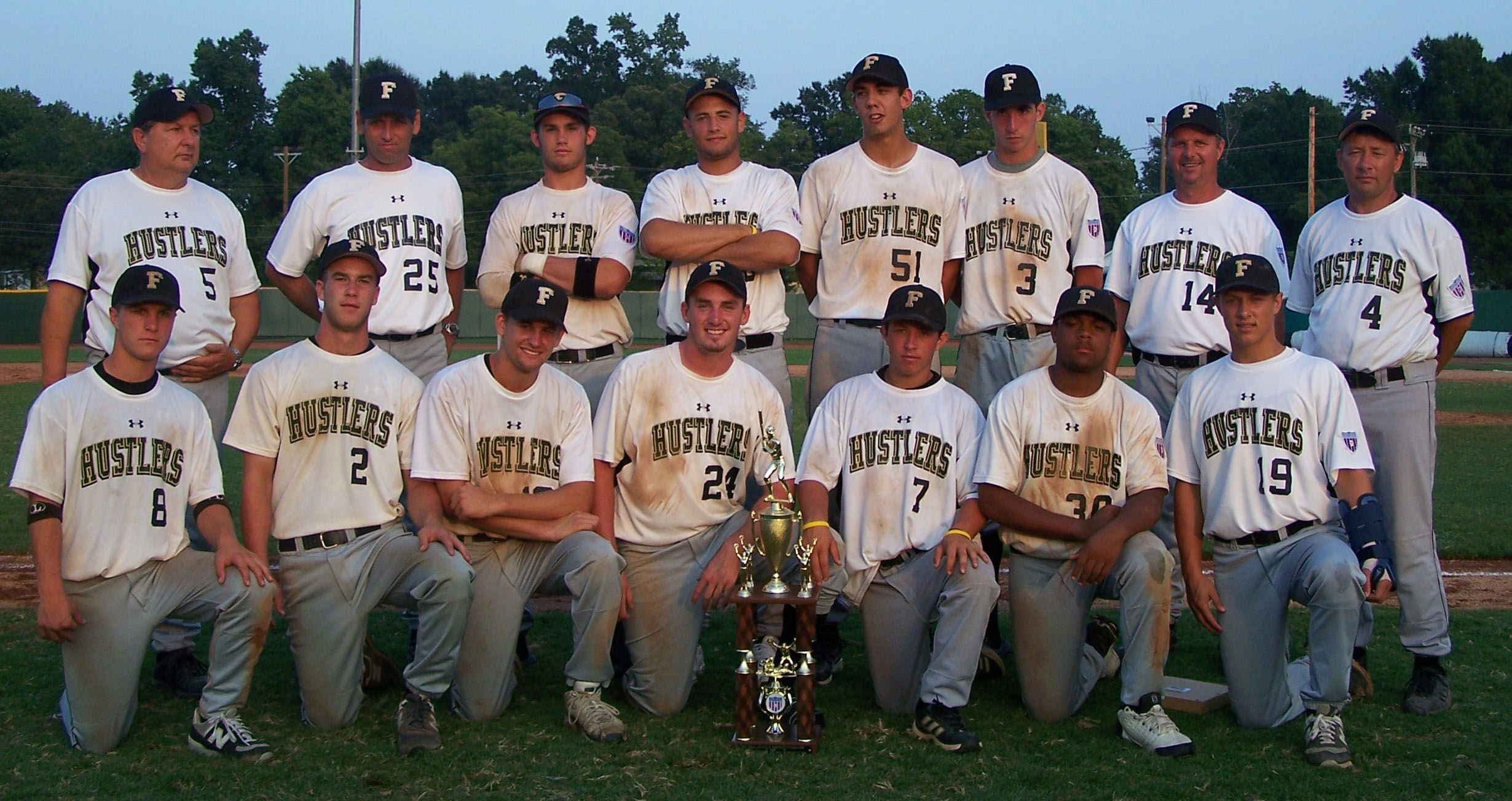 Posted by Wayne Main at Aug 2, 2005 5:00PM PDT ( 0 Comments )
more editing options
The 16U Frederick Hustlers added new piece of hardware to their trophy case as they finished second at the 2005 Junior Division Dizzy Dean World Series in Southaven, Mississippi, held July 22-28. The Hustlers battled back from an opening game loss and knocked off the state champs from Texas, Tennessee, Mississippi and Alabama before falling in the championship game to Bonifay, Florida. The Hustlers Ty Main was named co-MVP of the tournament and Aaron Main, Mark Darlington, Wes Gross and Brad Thompson were also named to the 2005 Dizzy Dean All World Series Team.
The Gazette's Marc Ethier covered the tournament. For his article, read
cancel
← Previous 1 2 … 16 17 18 19 20 21 22 23 24 Next →